10 of the most Beautiful Waterfalls in the World 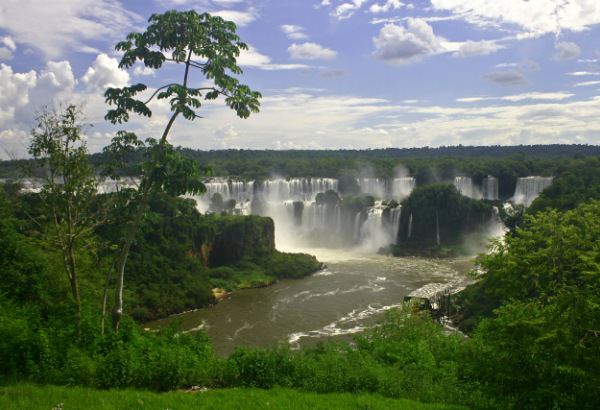 Iguazu Falls are waterfalls of the Iguazu River located on the border of the Brazilian state of Paraná and the Argentine province of Misiones. The falls, consisting of some 275 small waterfalls and cascades, divide the river into the upper and lower Iguazu. The brink spans a distance of an incredible 2 km with an average flow of 1.3 million liters per second. The surrounding rain forest make this place an ideal candidate for a peaceful vacation trip. 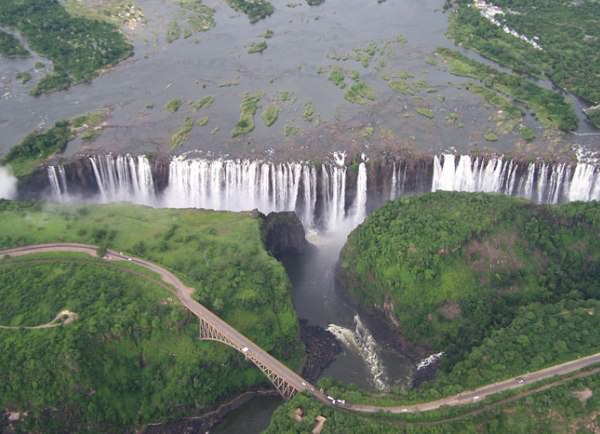 Victoria Falls, known as ‘Mosi-oa-Tunya’ in local language which translates to “the smoke that thunders”, is located in southern Africa on the Zambezi River between Zambia and Zimbabwe. David Livingstone, the first European to see the falls, named it in honor of Queen Victoria in 1855. It’s the largest singular waterfall in the world spanning a width of 1.7 km, a height of 108 m, and an average flow of 1 million liters per second. 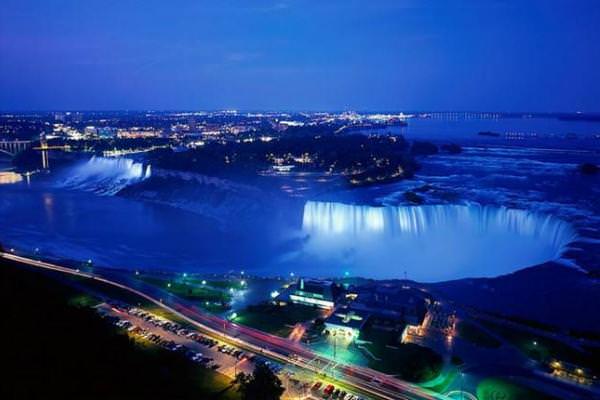 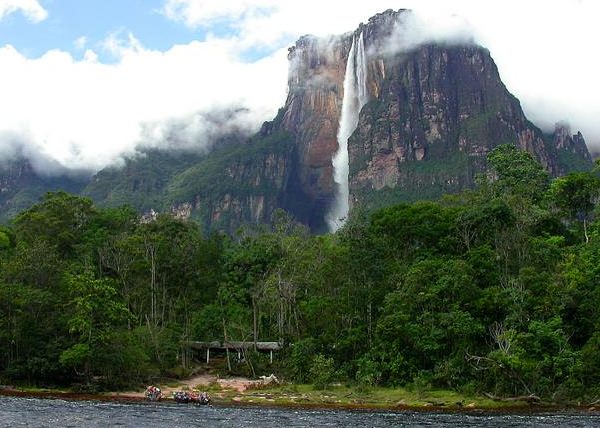 Angel Falls, located in Bolívar sate of Venezuela, is the world’s highest waterfall falling from a height of 1,054 m (3,458 ft). The water falls in 47 plunges with the higest plunge of about a kilometer (979m) from a table-top mountain known as Auyantepui. The height of the fall is so great that before getting anywhere near the ground, much of the water is evaporated or carried away as a fine mist by the strong wind. 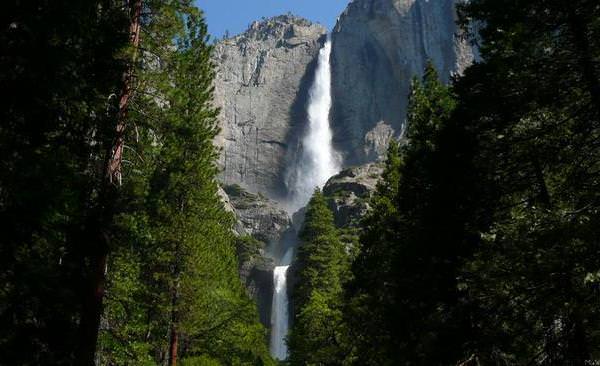 Yosemite Falls is the iconic symbol of the grandeur and beauty of Yosemite National Park in California. Falling a total of 2425ft (in three stages) it’s the highest measured waterfall in North America. Couple that with the fact that it is one of the easiest waterfalls to access and you have a world class tourist attraction. 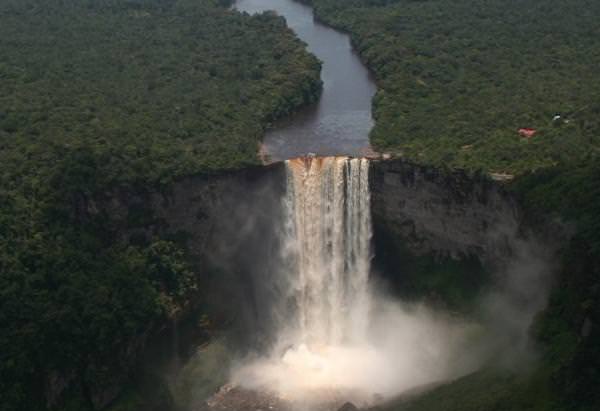 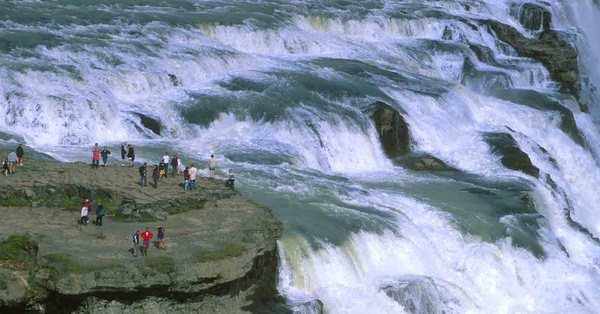 Gullfoss (English: Golden Falls) is a waterfall located in the canyon of Hvítá river in southwest Iceland. Gullfoss is one of the most popular tourist attractions in the country. The average amount of water running over this waterfall is 140 cubic meters during summer and 80 cubic meters during winter in every second. 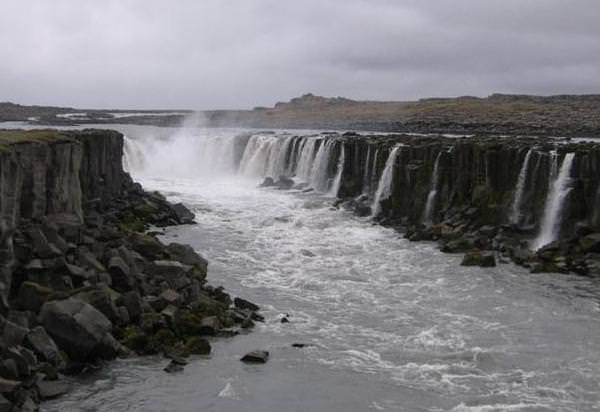 Dettifoss is the most powerful waterfall of Europe located in Northeast Iceland. With a flow of about 500 cubic meters per second, this 44 m tall and 100 m wide monster is quite possibly Europe’s largest waterfall as well. This milky-colored waterfall is fed by the melt waters of the vast Vatnajökull glacier. Viewpoints are available on both sides of the falls. 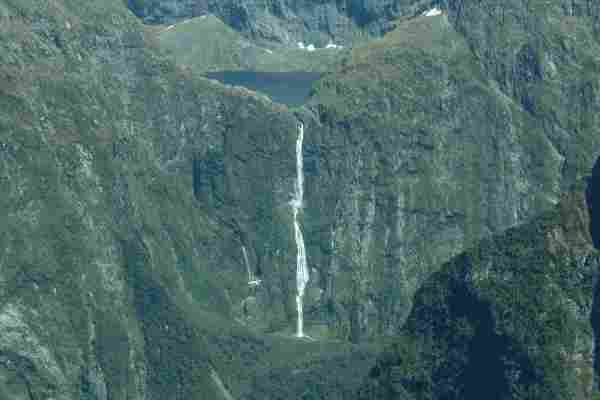 The 580 meter high Sutherland Falls is the most impressive of the numerous falls encountered on the Milford Track in South Island of New Zealand. It is about a 45 minute side hike from the main trail each way, but is worth it. You can also walk right up to the base of the falls and feel the power of the wind rushing down, driving the mists outward around the base. 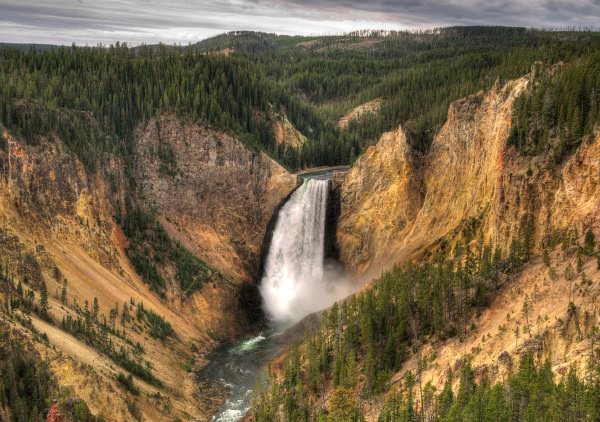