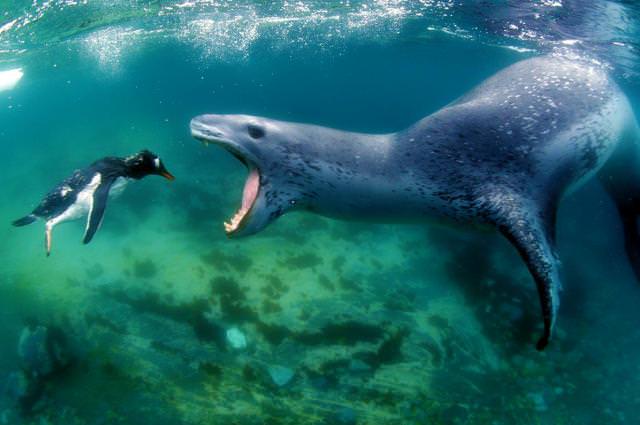 Following series of photos show the final terrifying moments of young penguin being eaten by a hungry leopard seal that can eat up to 12 such birds a day. These amazing, breathtaking snaps were captured by a Wildlife photographer Amos Nachoum on his tour of the Antarctic Peninsula. 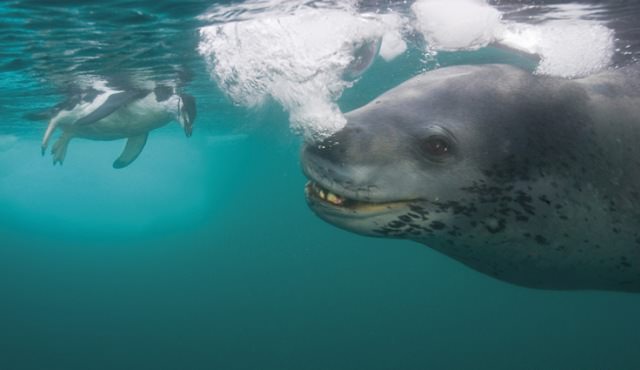 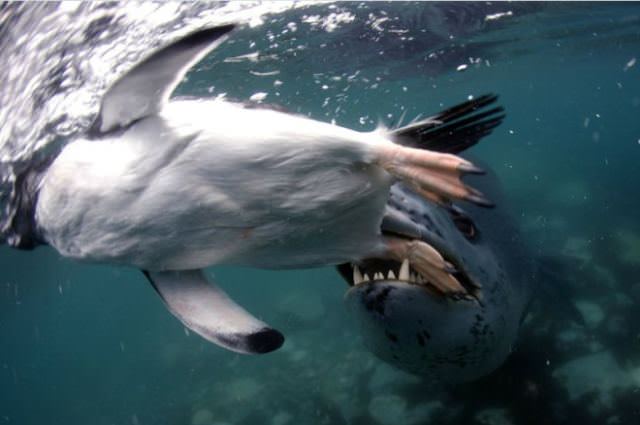 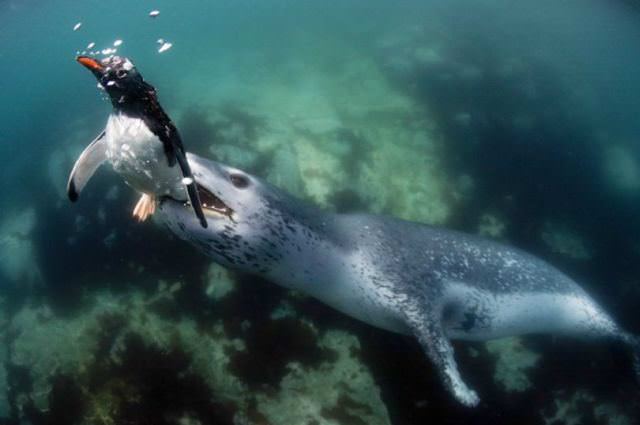 The photographer explains the the story: ‘Young penguins go to the shallow water to play and they are not familiar with the leopard seals’ ambushing act. The leopard seal gets into the shallow bay just before low tide and pretends to be a rock, placing its head in the water. When the young penguins get too close the leopard snaps with lighting speed, catching a penguin and in one smooth motion returns back to the deep water and proceeds to the drowning process.’ [via metro.co.uk]