Creative Designer Ed Chu (Ed Chew) organized with eco-direction, practically Implemented the idea to produce a Tetra Box lamp. It is assembled from the used packages of juices or other drinks; typically laid to waste. The lamp is created from deployed packages, cut down and fold into the hexagonal and pentagonal Circuits. By amalgamation of several pieces forms like a ball or cylinder shaped object which will be used as decorative lamp. The lamp creates a soft light and cast an unusual shadow. Now you can design some amazing decorative stuffs like creative lamps, out of ordinary and useless chattels that you have to cope with in your daily life. 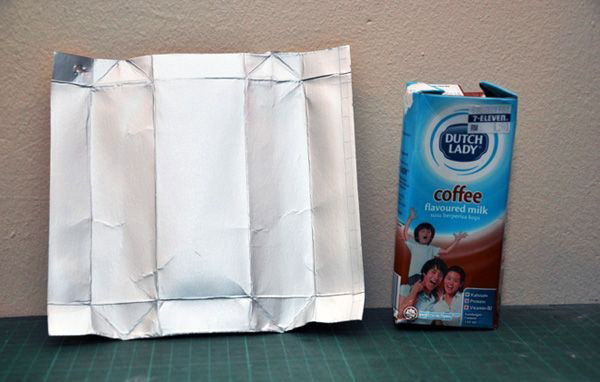 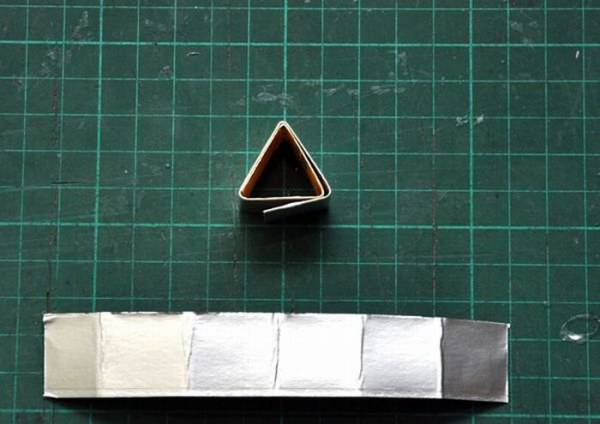 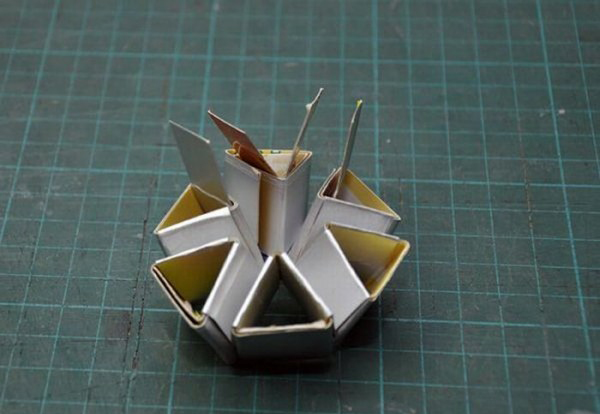 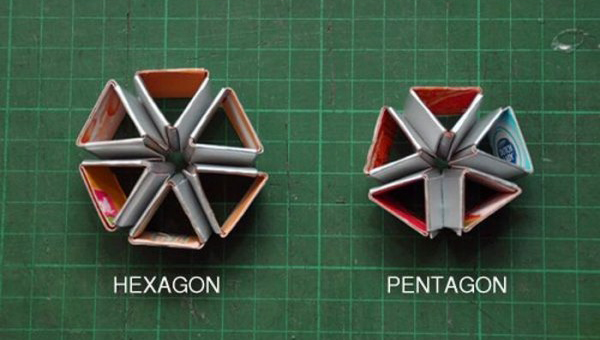 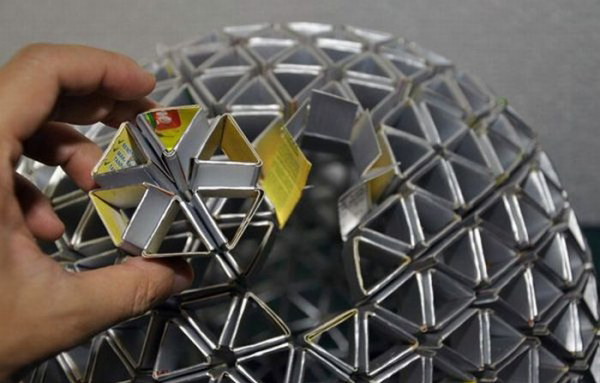 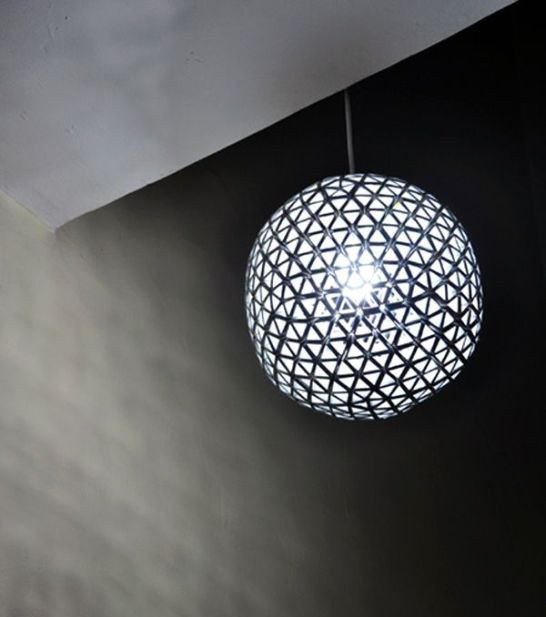 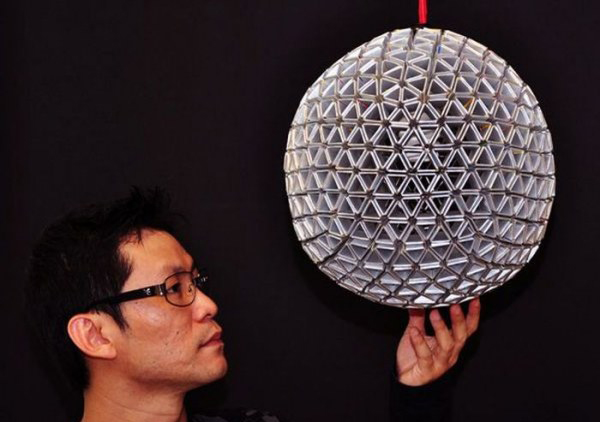 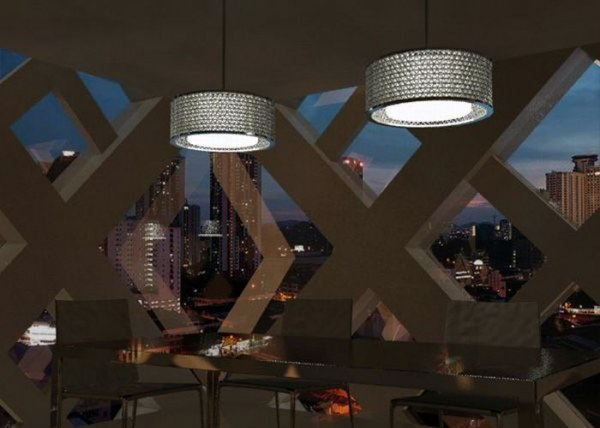 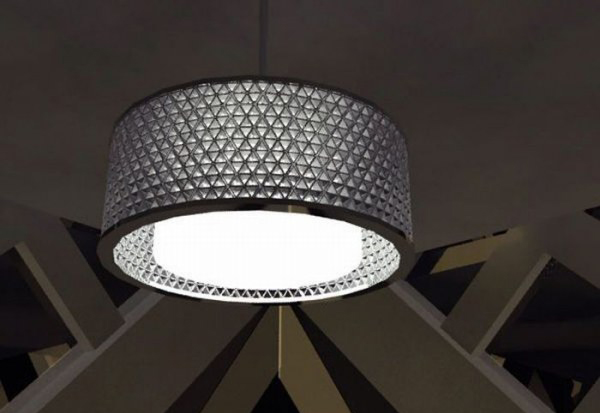 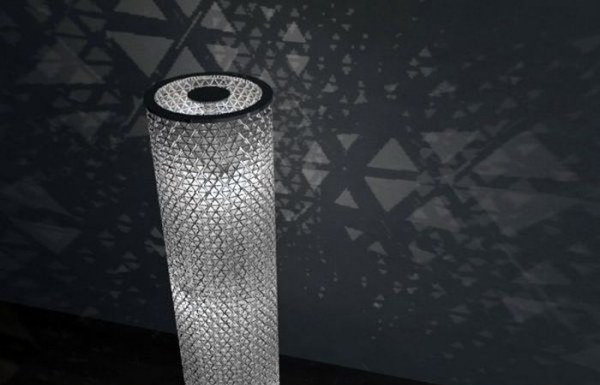