The B-2 Spirit Stealth Bomber made its first flight on July 1989. To celebrate the 20th anniversary of the maiden flight, Orange County Choppers, N.Y. was commissioned by Northrop Grumman to design the B-2 Spirit themed bike. The front cowling and gas tank of the bike are made in such a way as to resemble with B-2 unique fuselage and cockpit. Moreover the paint color is same as that of B-2 Stealth Bomber. At both sides of the wheels it has five aluminium models of the B-2 forming a shape of Air Force Star. 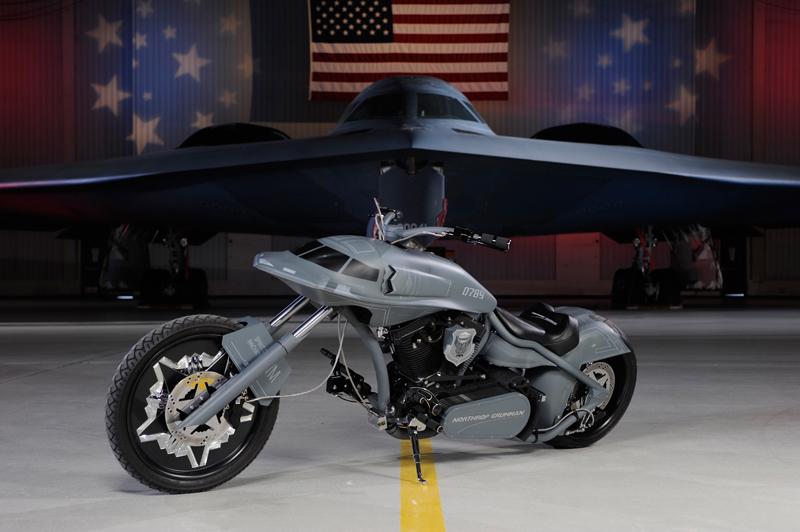 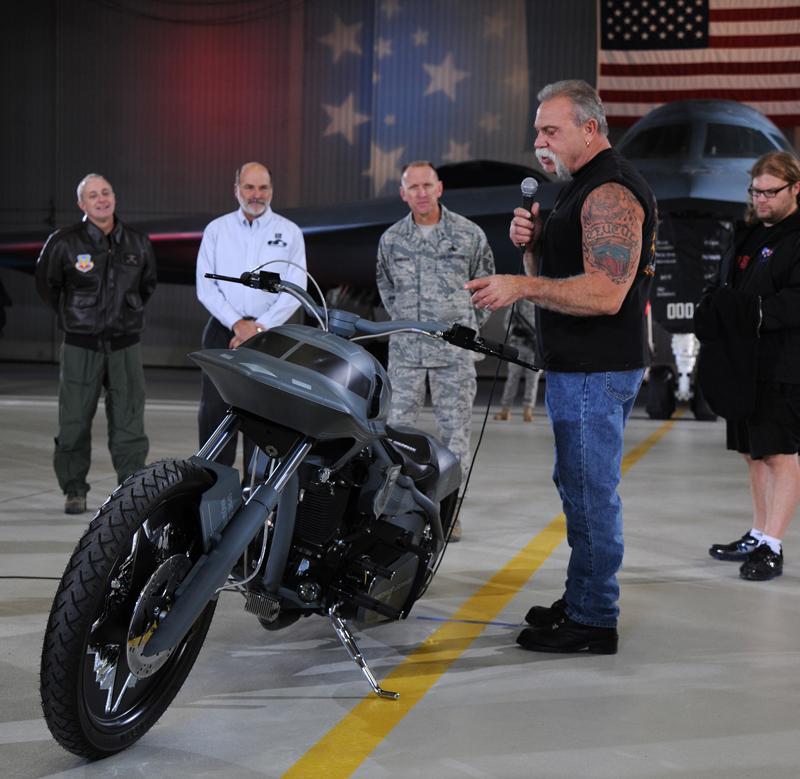 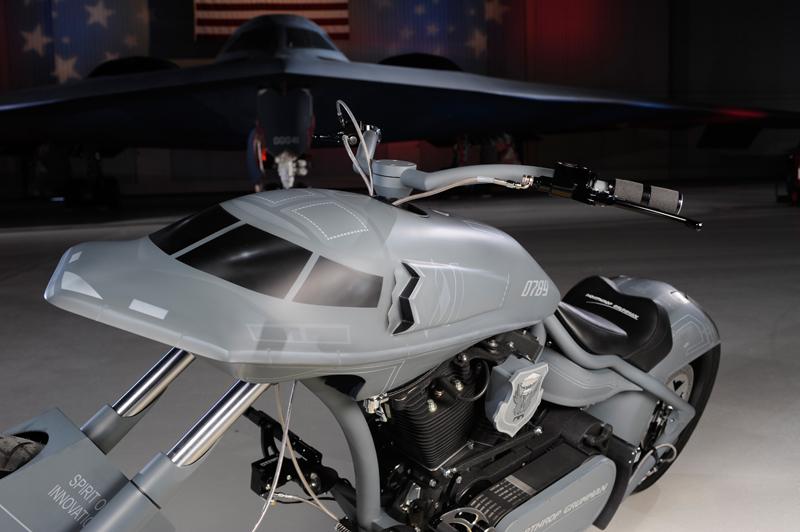 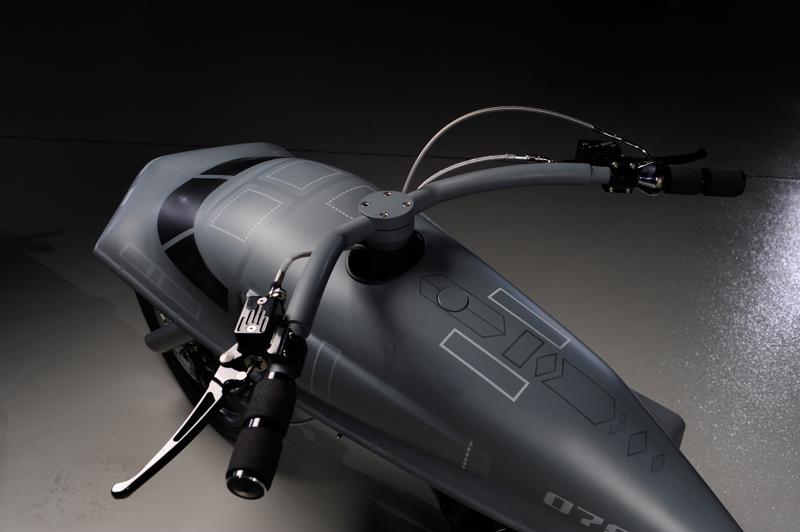 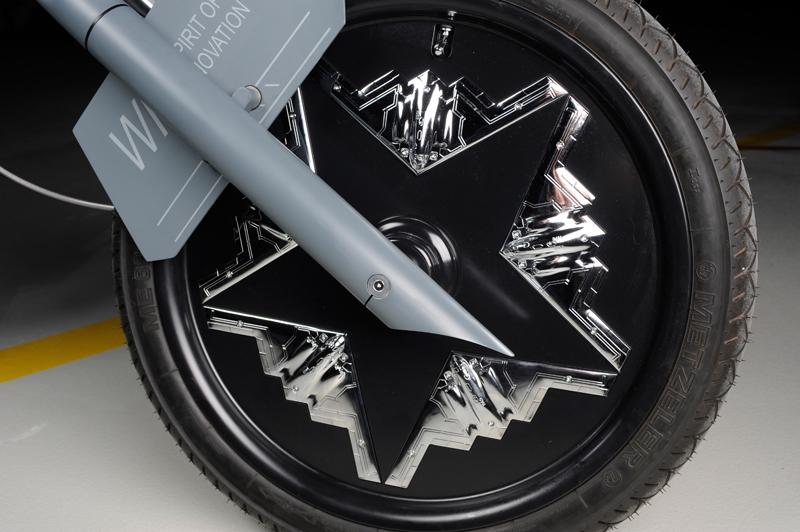 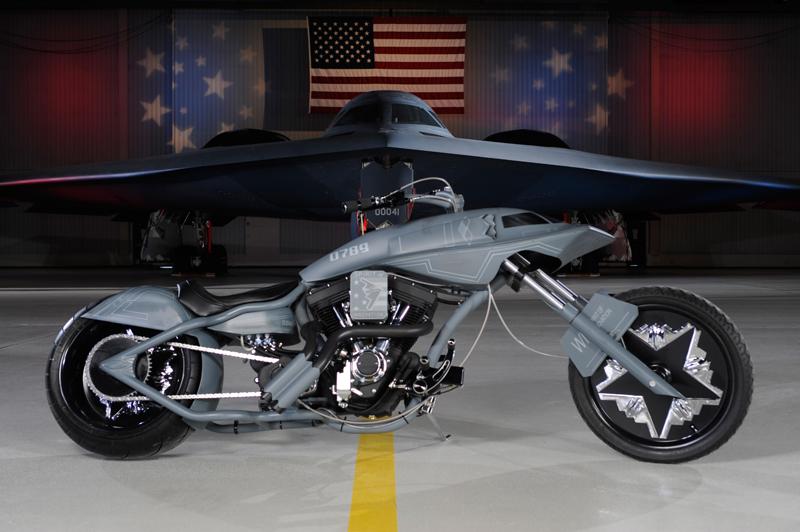 The bike is named The Spirit of Innovation and was given a tail number of 0789 which is the date of B-2’s first flight. You can view the details and get a quote for the bike at Orange Country Choppers.