Mind Your Step in Stockholm, Sweden

If you’re ever walking by Sergels Torg public square in Stockholm, Sweden you might want to watch out for a big hole in the ground. The hole that looks as terrifying as real is an illusion made by a photographer named Erik Johansson. The illusion remained on display for 5 days starting June 7, 2011.  Erik’s illusion differs other because of the fact that this it’s made using series of photos instead of painting the footpath. Moreover this illusion gives a very good illusion of depth.

My idea was to put a photo in an environment and actually trick people that it would have depth. Street illusions isn’t something new, but I wanted to try to make it as a photo instead of drawing and painting the streets. Photography is my medium and I wanted it to look as realistic as possible, just like my photos. 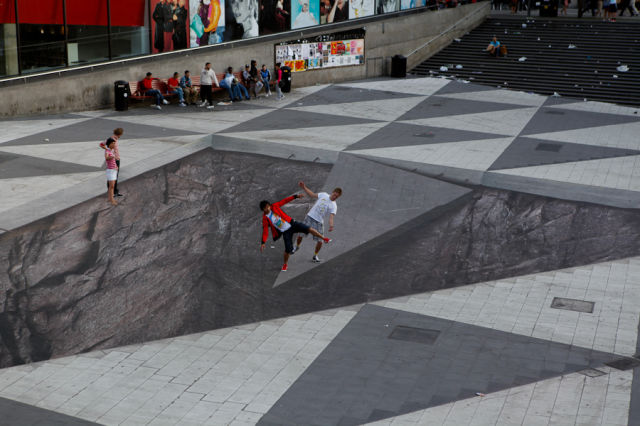 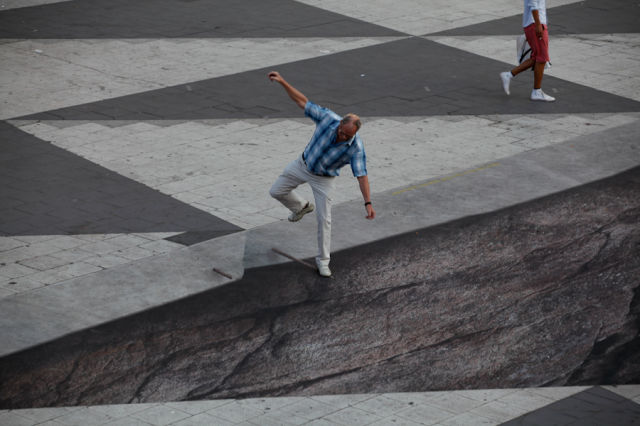 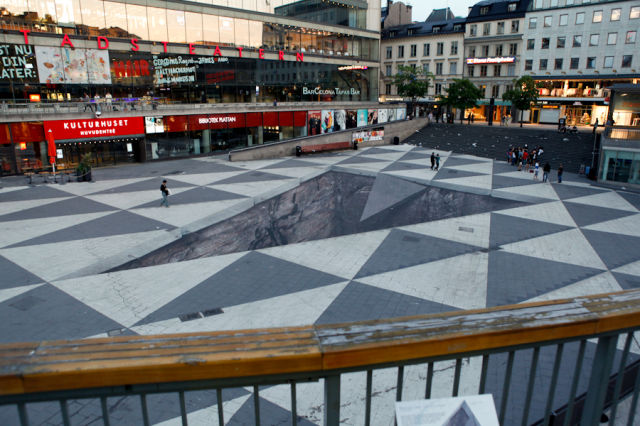 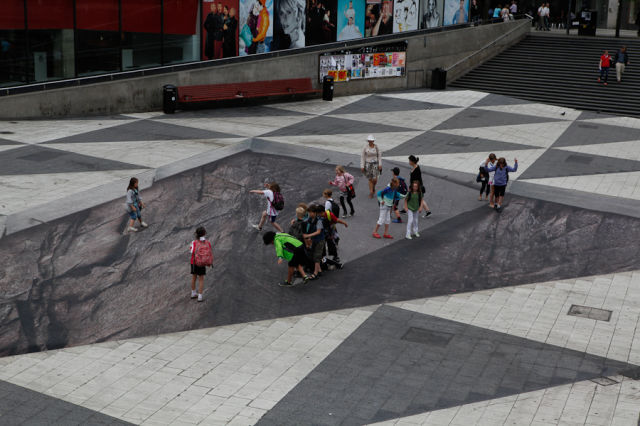 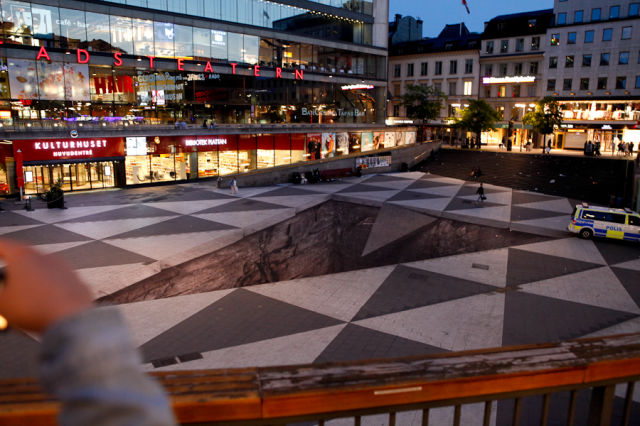 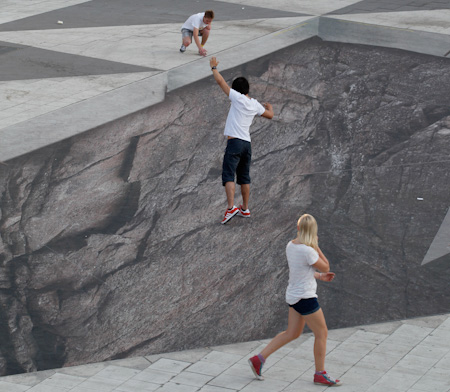