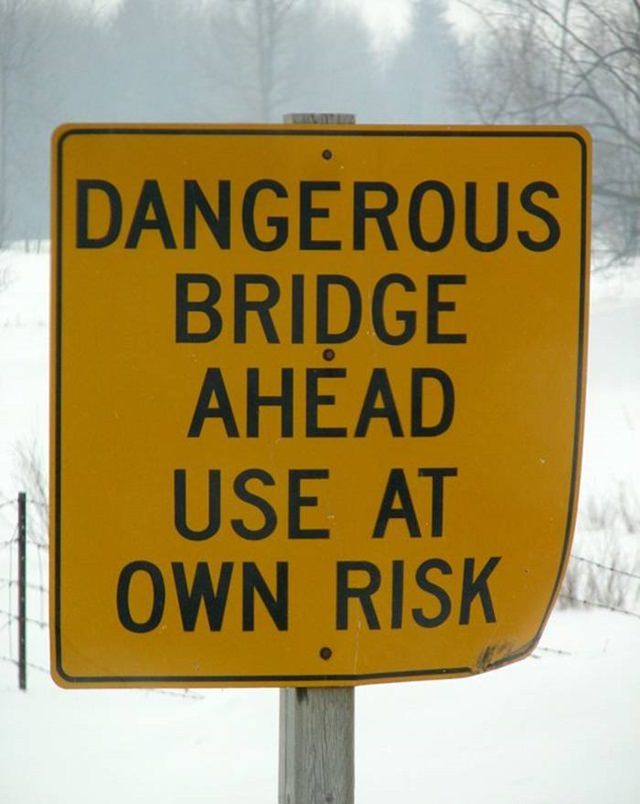 Never think that all the bridges are well planned, made of reinforced concrete by able and expert engineering gurus because out there somewhere, there are bridges merely standing on some ropes and wooden lumps and a lot of people walk pass them daily. We have compiled some of the ghoulishly terrifying bridges that will give you horripilations with cold shivers. [via Sierraclub] 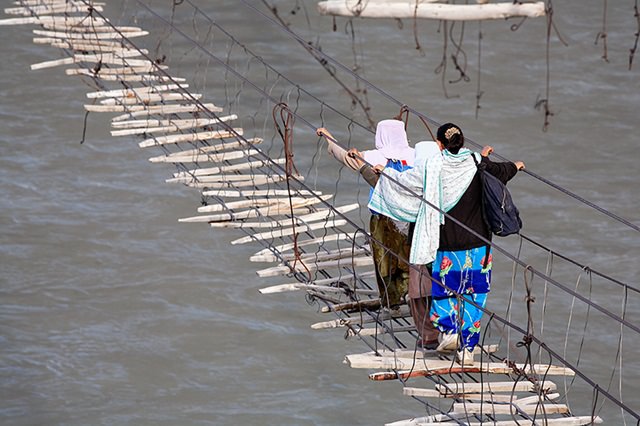 Hussnaini Bridge is the world’s most dangerous suspension bridge. With rotten pieces of ropes and weak wooden planks, Hussaini Bridge is hanging over River Hunza for years and people walk over it everyday. 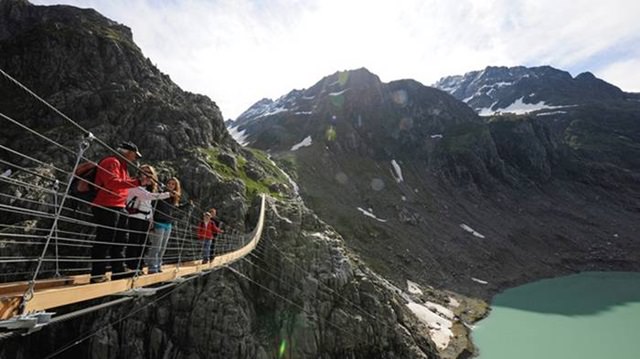 This is one of the longest, eerie and hair raising bridges in Europe, dangling over 170 feet above the sea level having width of one meter. Architects once warned its inability to face swift winds, since then, the officials open this bridge only at times of friendly weather. 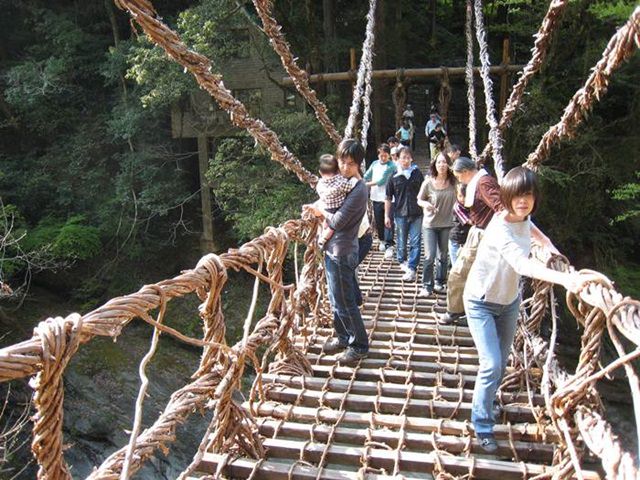 Bridge of Vine is made up of wooden plans tied together with Vines and its hanging over island of Shikoku, the smallest island of Japan near river Iya-gawa. 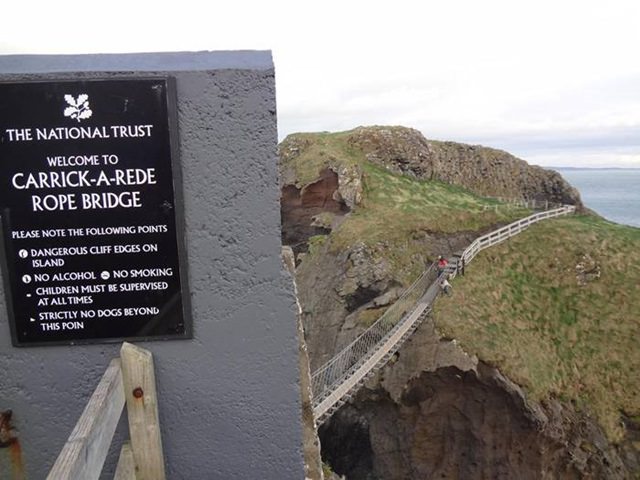 Bridge Carrick-a-Rede is built by wooden planks and ropes woven by the local fishermen are used as the railings. The oscillations of the Carrick-a-Rede Bridge are so strong that most of the people who cross its one side don’t dare to look back and prefer to come down from the main road. 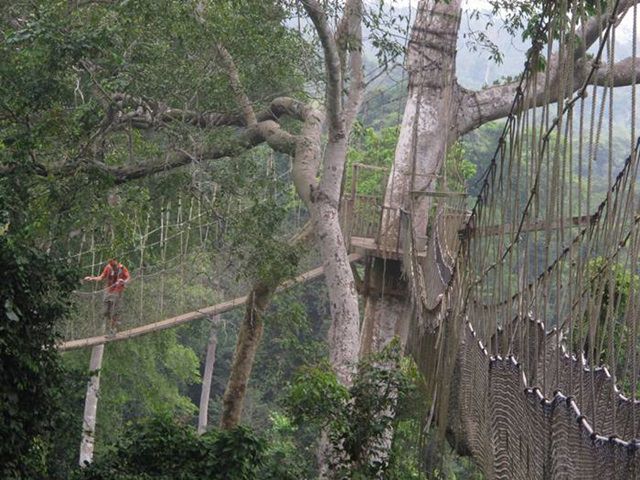 You can walk over the jungles of Kakum National Park over this rope bridge which is 300 meters long and forty meters high. The Canopy walk can glitch at some points and you will stumble upon surprising absence of rope patches and elevated oscillations. 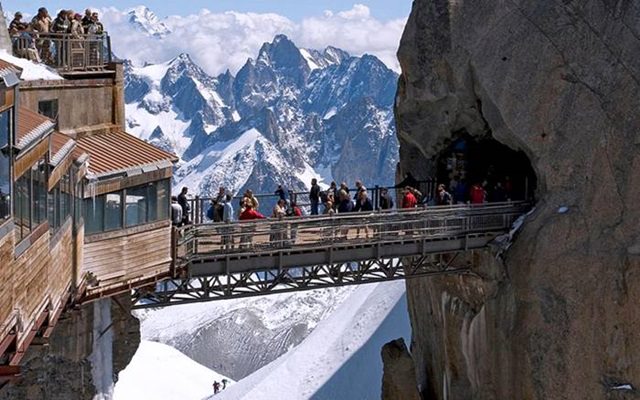 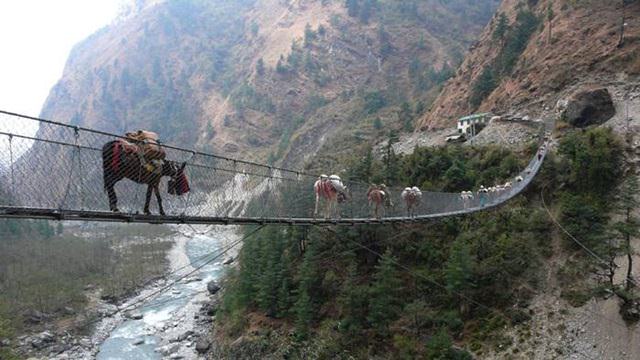 Ghasa Bridge suspends over a river in the southern side of Annapurna circuit. It was built to deplete the rush of hoards of animals from the main streets of town. 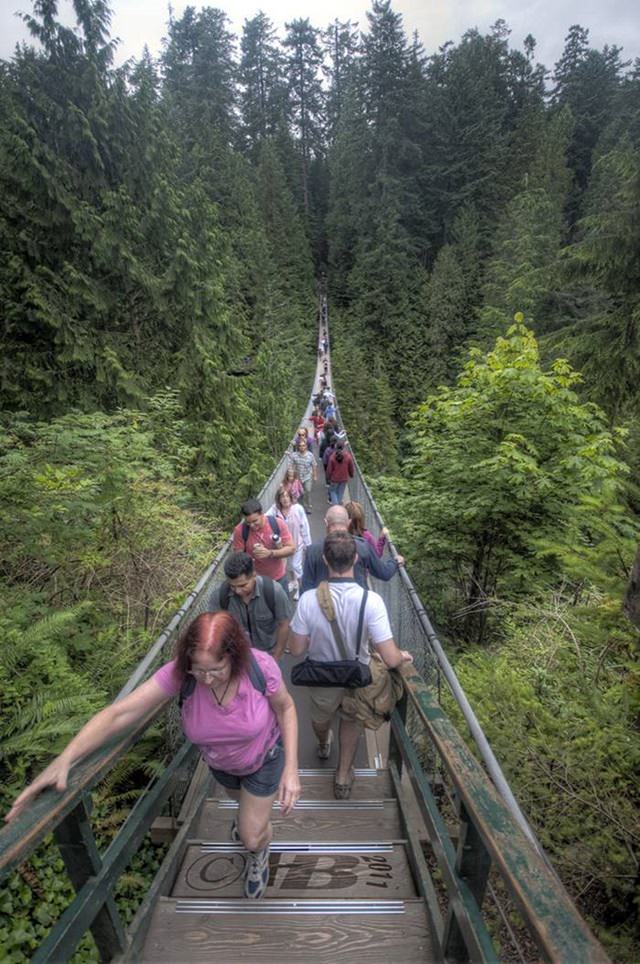 Capilano Bridge constructed in 1889 suspends over the deep woods of Vancouver. It has height of 70 meters and a length of 337 meters.