Somebody recorded crickets then slowed down the track, and it sounds just like chorus, even better; angelic chorus. Nobody had ever thought that crickets can be so melodious before this recording, composed by Jim Wilson. 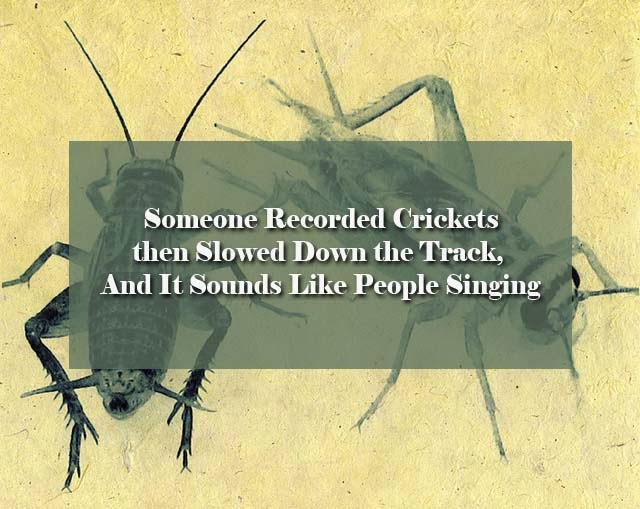 The recording below contains two tracks played at the same time: the original crickets chirping track overlapped with exactly the same recording, just slowed way down.

Note: Everything you hear in the recording is crickets; no human sounds added.

You’ll never hear crickets the same as it takes you through dimensions of ethereal non human sound. Wilson called this recording “God’s Chorus Of Crickets” which it indeed is! Just hit play button and enjoy the melodic psalms of insects. [via enpundit]