The Makech is a large beetle with a broad shell, which the women of Yucatán in Mexico wear as jewelry. The insect’s shell is adorned with expensive gemstones – it is then attached with a golden chain and worn as pendant. When not being worn, these beetles are kept as pets. 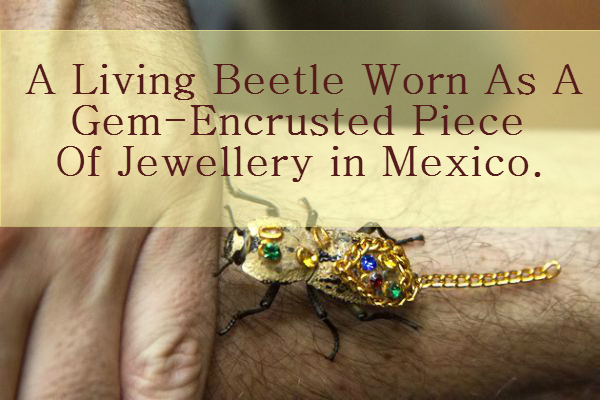 Guess what there’s a legend behind this; long story short, there was a princes whose true love was transformed into a beetle by dark magic. She carried the beetle to her room, adorned with beautiful jewels and placed him on her breast so that he can be near her heart all the time. Though it’s a custom, but a dying one and you rarely see a Maya woman wearing this. [via designtaxi] 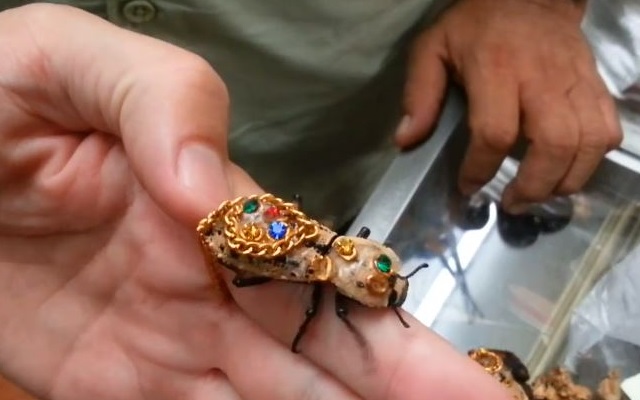