Mel Staples was baffled when she saw this half green, half red apple grown on her property in Kingston, southern Tasmania. After posting the photos on social media, her friends and food experts were equally stunned as they’ve never seen something similar before. The apple looks like someone picked a Granny Smith  and a red delicious apple, cut them in halves and joined together. 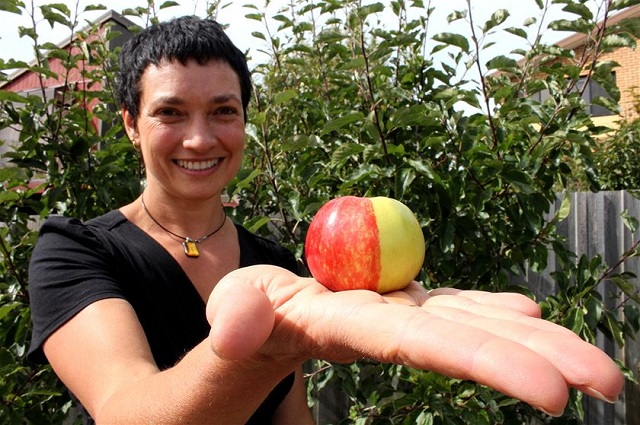 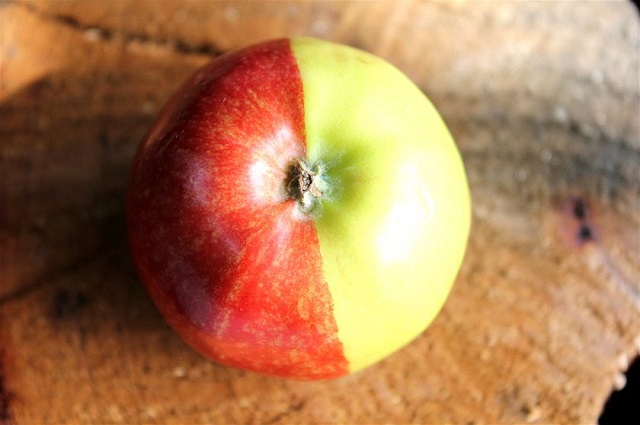 “It was just this perfect line right through the middle of the apple and it was just the weirdest thing,” says Ms Staples. Such beautifully mutant apples are rare, rather one in a million but they are not unheard of as back in 2009 a similar apple grew at Ken Morrish’s farm in Devon. 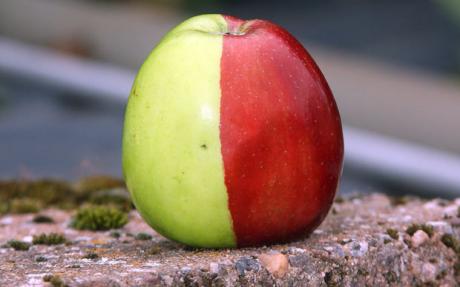