A whimsical and strange garden of flowers near the State of Palestine’s de facto capital Ramallah has been catching attention where dozens of tiny vivid flowers grow from spent tear gas grenades. This unusual garden and silent peace demonstration was created by a Palestinian woman who gathered the spent grenades from clashes between Israeli soldiers and Palestinians.

The garden was created on land that the Palestinians were able to reclaim after a court battle two years ago that re-routed Israel’s controversial security wall. This wall will stretch 430 miles around the entire West Bank region.

While the conflict and violence between the Israeli and Palestinians seems far from ending, it’s beautiful to see strong, spirited and creative people in the middle of this conflict create peaceful demonstrations like this. This goes, of course, for people on both sides of the long-standing and painful conflict, like the Israeli artist who creates metal rose sculptures made from the remains of rockets launched by Palestinian extremists. 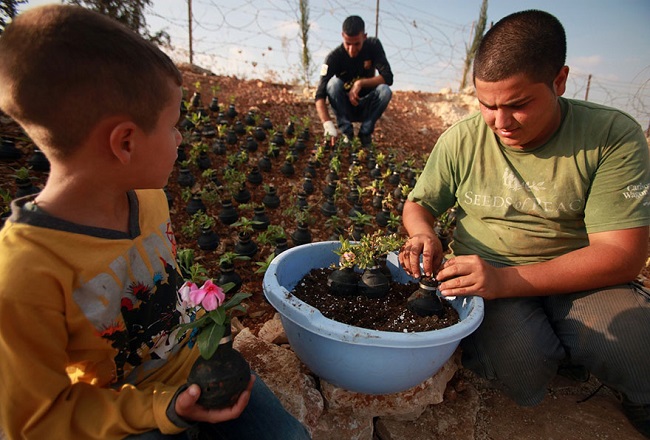 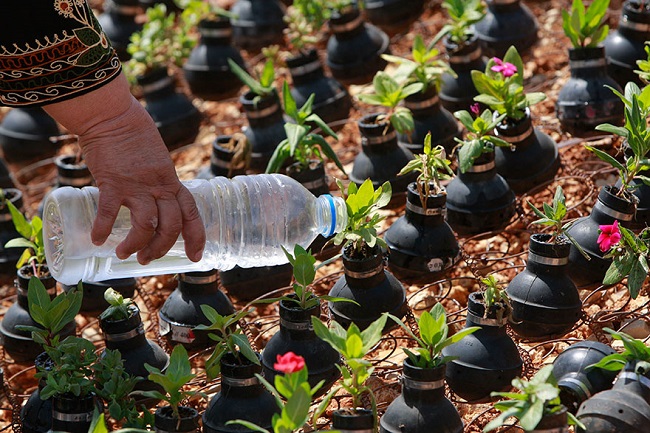 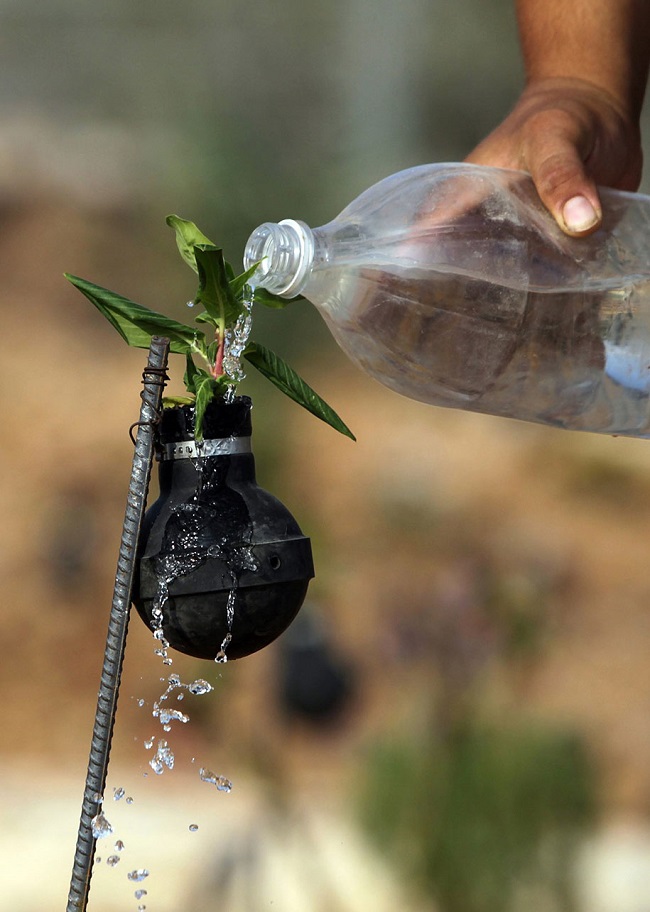 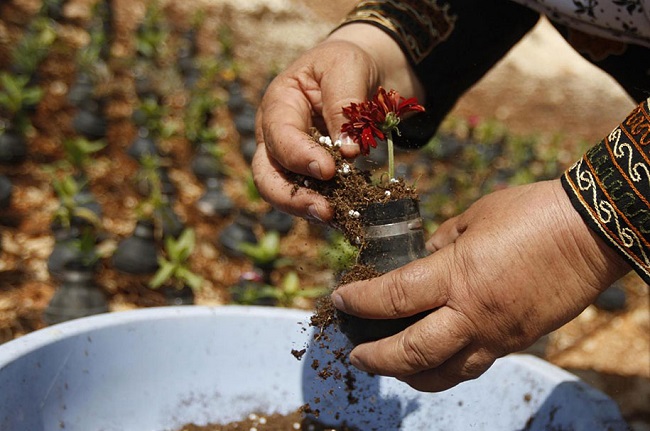 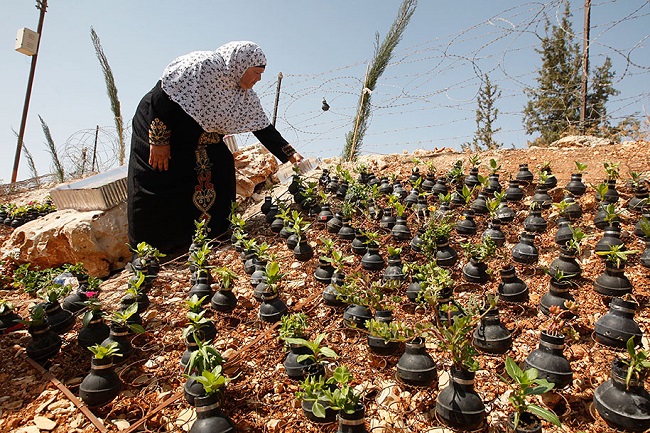