Giant ‘Moon Rabbit’ Smiles while Watching the Sky in Taiwan 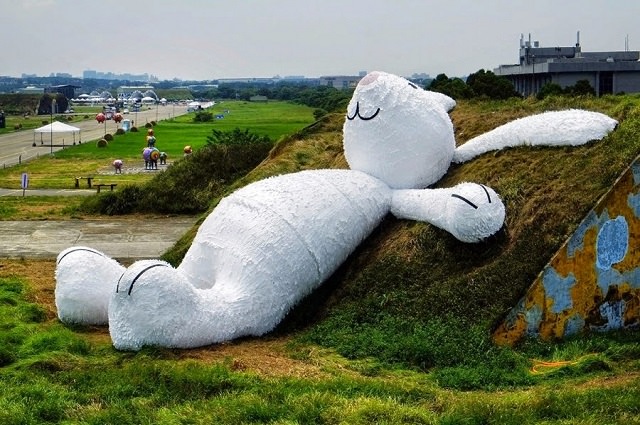 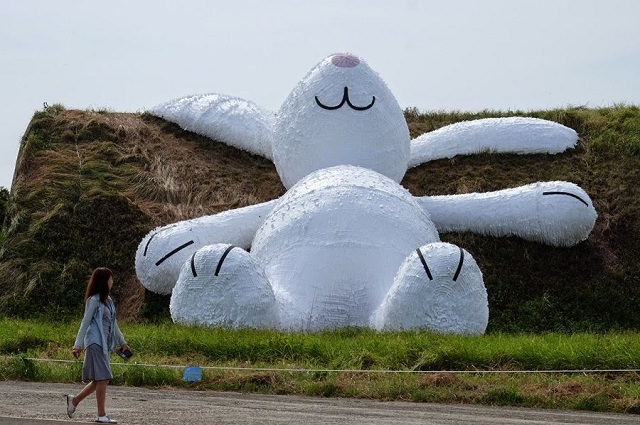 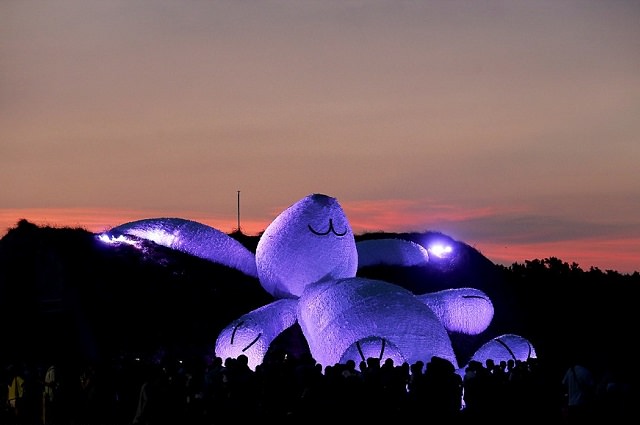 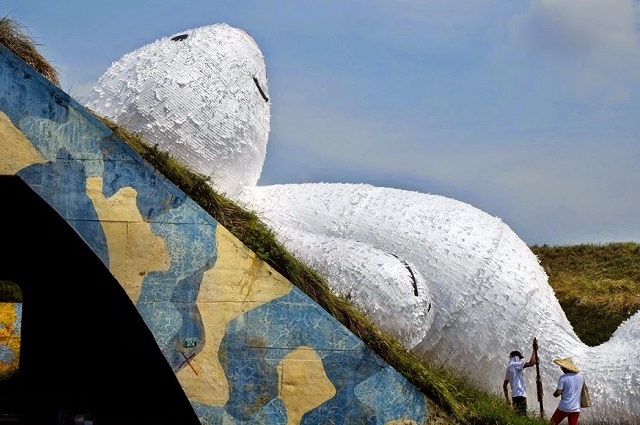 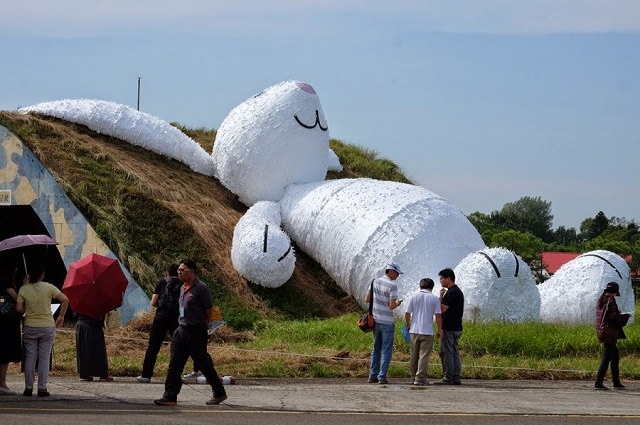 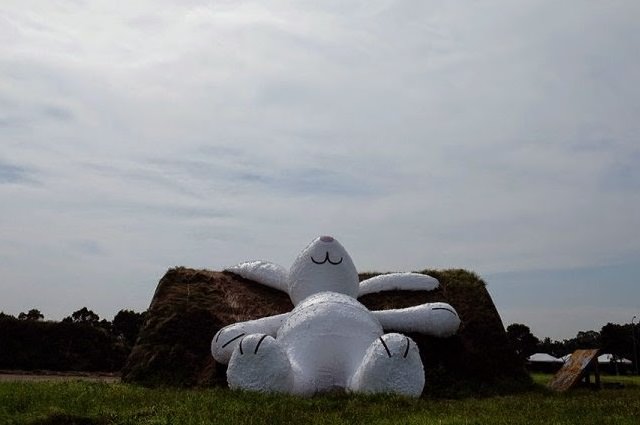 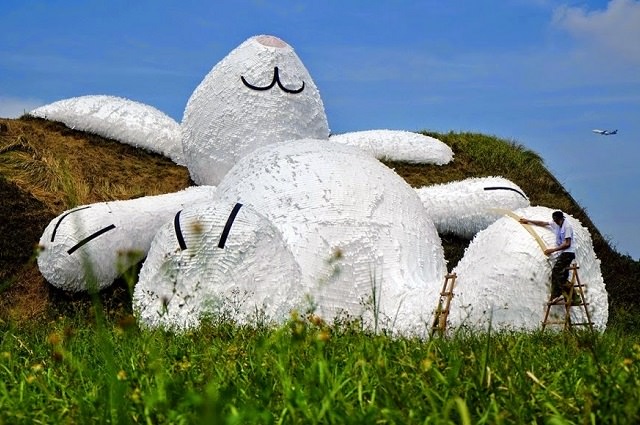 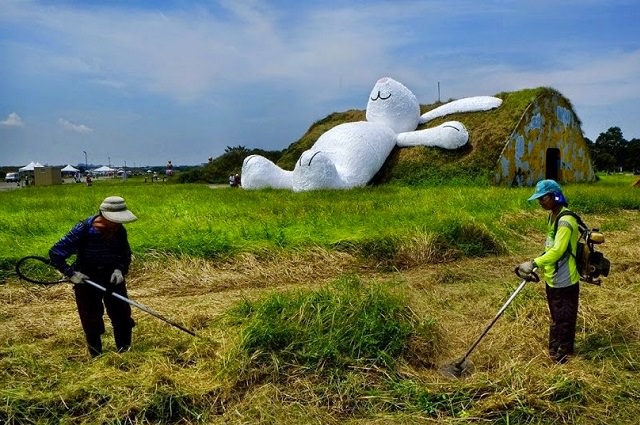 Florentine Hoffman, a Dutch artist known for his large-scale urban installations, had this time come up with his gigantic ‘Moon Rabbit’. Inspired by the Chinese folklore “jade rabbit”, he designed the rabbit for mid-Autumn festival held at naval base, Taiwan. Magnified Bunny made of wood and totally covered by water proof paper, was peering up at moon while lying in a grassy military ground. 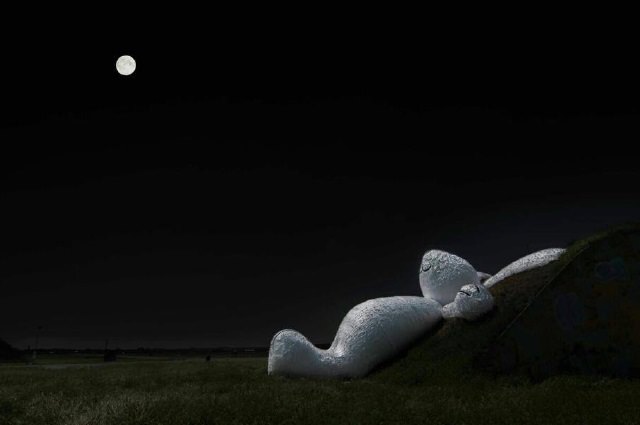 Update: Sadly enough, by the end of festival when worker were trying to disassemble its parts, a fire started accidentally, and Bunny got destroyed by blaze. Now it’s dead roger must be looking for him gazing at earth. [Source: thisiscolossal] 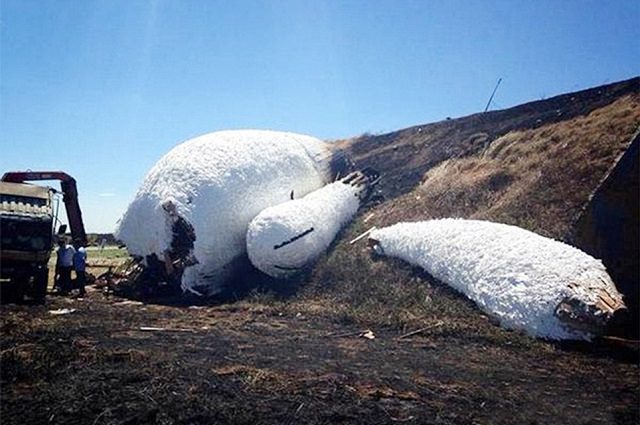