Immortalizing Cars: By Flattening them to 12cm thick Metal Sheets 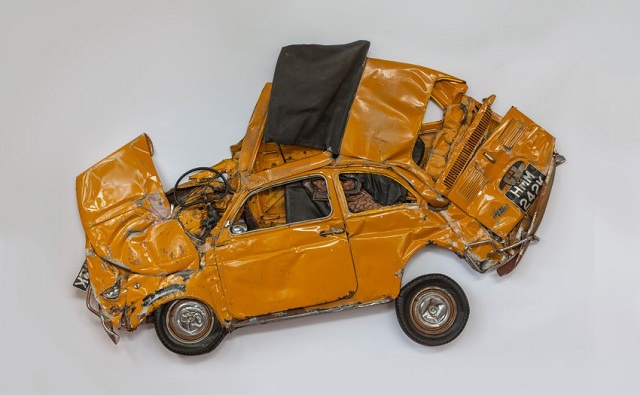 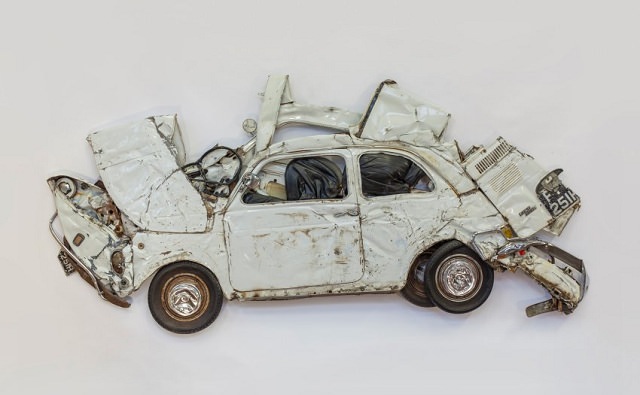 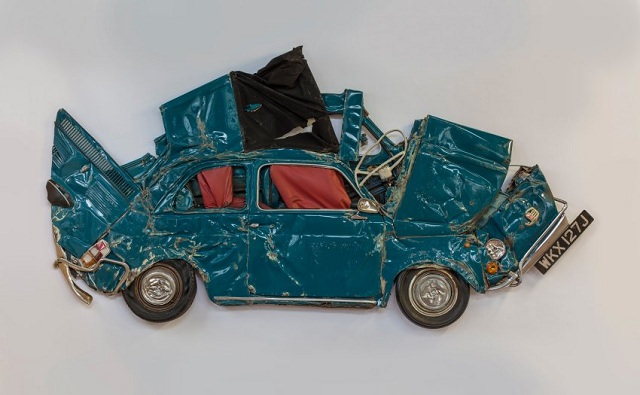 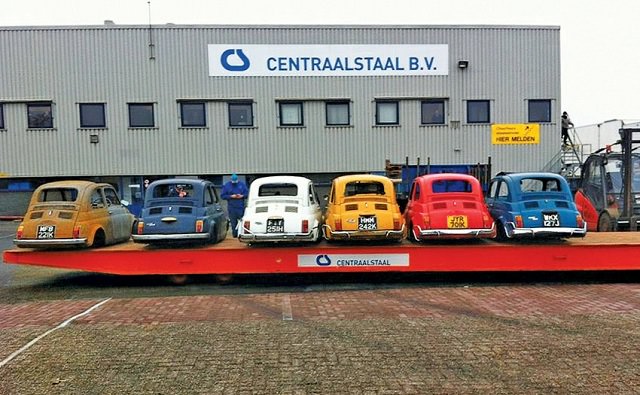 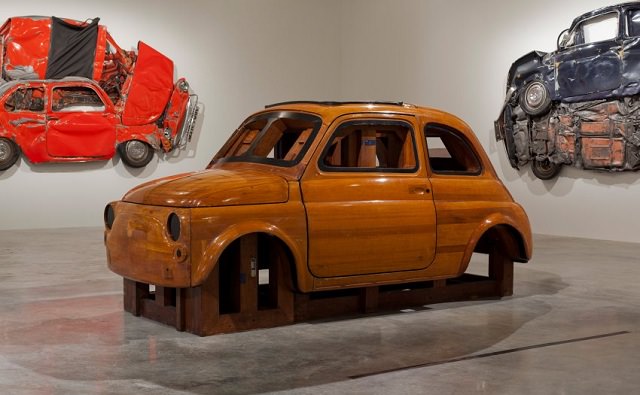 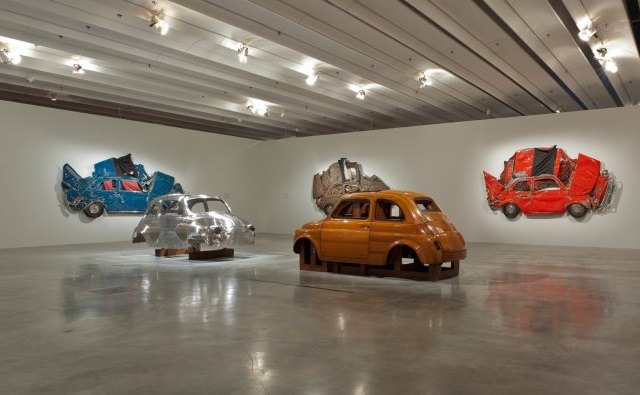 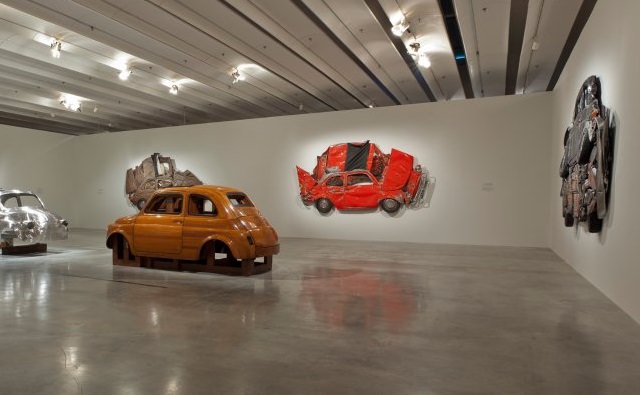 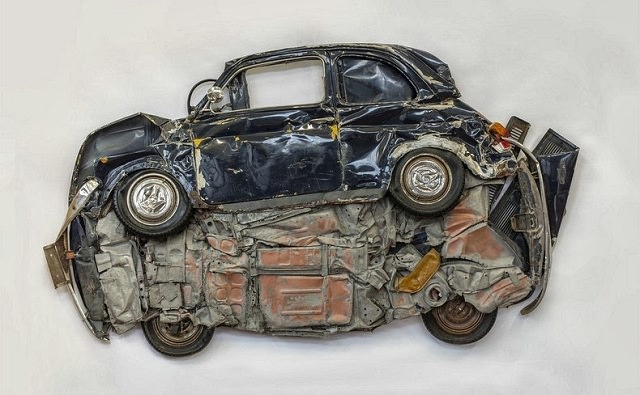 Who doesn’t want to preserve the gear they love, for all the time to come! We all do but don’t have a way to. Ron Arad, an Israeli Art designer found one; recalling his old memories of picking flower at their peak and sticking them in a thick book to keep them forever, he saved six real Fiat 500s by flattening them into paintings, sort of.

Man and his team spent a morning making metal sandwich using ‘pressing flower’ technique at a shipyard in Groningen, the Netherlands. The flattened cars were displayed at an exhibition held in the Design Museum Holon in Tel Aviv, Israel.

He reveals the secret by telling that, he began experimenting with toy cars. When he compressed them, result was not mash pile of metal what he had expected. Applying the same trick to real cars was little tricky. So before crushing them into a 12cm-thick metal sandwich, seats were taken out and tires were taken off. Pressed Fiat 500, also known as Cinquecento, retained their shape and easily be recognized as Cinquecento. A little make up was also done, just as flattened tires are hanging beneath and the folding tops are draped where they originally had been. To him, he did not destroyed the cars, he rather ‘immortalize’ them. [Source: jugglu]